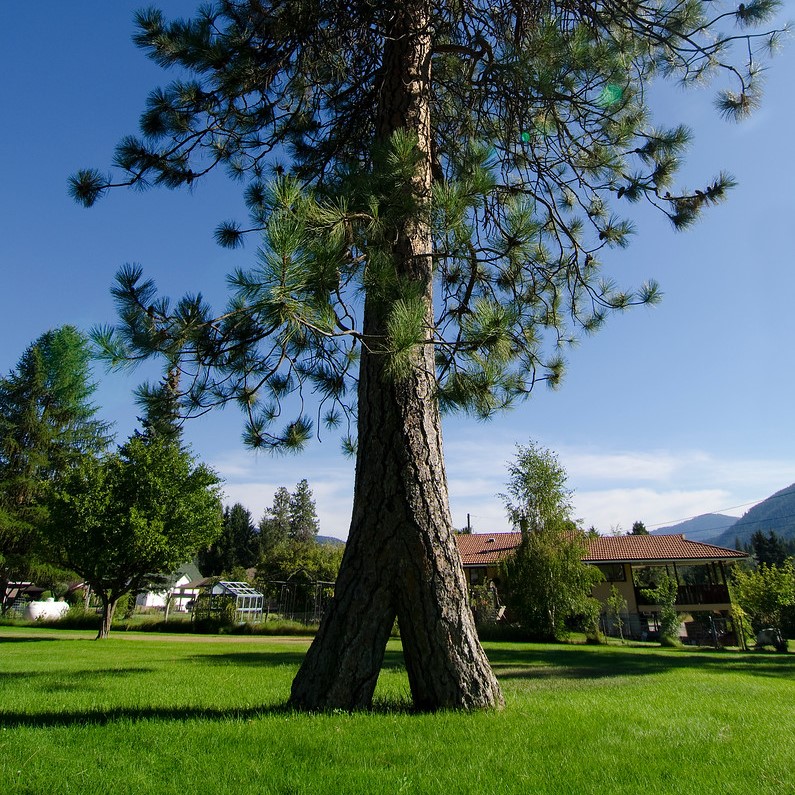 Back in 1857, surveyors began to create the International Boundary Line (Canada/US border). By 1861 a large portion of First Nations people moved to a reservation in Colville, WA. Before they left, one of the First Nations people entwined two sapling pines, saying “Though divided we are united still, we are one.” This tree symbolizes the connection and friendship that still exists today between Canada and the United States.

In 2010, the Olympic Torch made a stop in Midway at Entwined Trees Park.

In June of 2015 the Gateway Learning Circle was officially opened in Entwined Trees Park. The Gateway is a creation of artist David Seven Deers and took several years to create. The space represents a gateway to the world, to learning, to community and to understanding each other. It is a learning destination for area students.

Enter through the massive stone gateway. Beyond the entry is Heelah – Mother Raven, who presides at the head of the circle. Twenty stone blocks create the circle, with a chiselled animal motif on each one.

Getting to Entwined Trees Park

The park is located in the community of Midway, on the corner of 6 Ave and Haynes St. 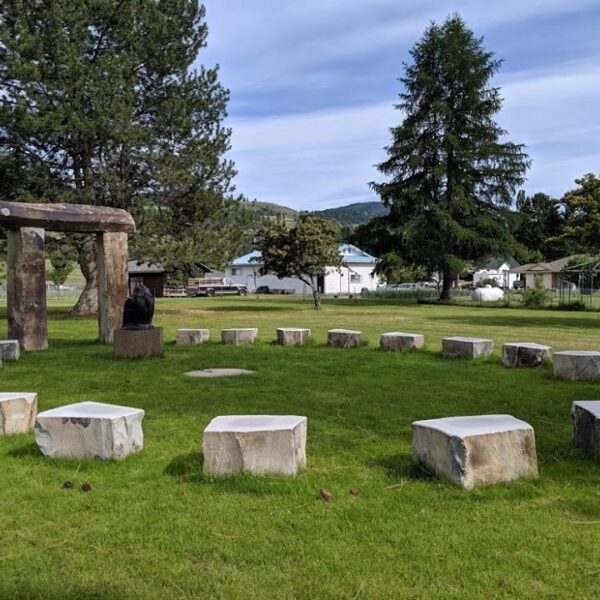