What are you looking for?

Good to know before you go

Greenwood is the little city that could. Once a thriving mining town in the late 1800s and early 1900s, it almost became a ghost town. In the 1940s it was an internment camp to over 1,000 displaced Japanese people. After the war, many stayed and made Greenwood their home. Our history is what draws many people to our city. Our hospitality and fun celebrations are what entices them to stay.

We invite you to settle into your roadside motel or campsite and then venture out and explore all Greenwood has to offer. Take a stroll through our colourful streets, where more than 60 heritage buildings paint the landscape with gingerbread trimmings, cupolas, and turrets, each one evoking a storybook image all its own.

Greenwood, like most of Boundary Country, is known for its outdoor recreation. With trails, rivers, lakes, and parks accessible year-round. It’s easy to see why so many people return year after year.

Drop into our Visitor Centre to find out what adventures you can have while you’re here.

Greenwood has hundreds of stories to share with those who wish to listen. Many of the tales are best told at a visit to the Greenwood Museum.

Outlaw in our Midst

The infamous American outlaw, John Jarrett, is buried in the Greenwood cemetery. While much about him is a mystery, it is known that he fought with Confederate forces in the early 1860s. In the mid-1860s, he became a member of the James Younger gang. He moved west and then into Canada. Jarrett arrived in the Greenwood area in 1891, and he became a prospector. He died in 1906 of tuberculosis in the Greenwood Sisters Hospital.

In the late 1800s and early 1900s, the Greenwood area was inhabited by prospectors, farmers, investors and miners. Today all that is left of their era are prospector homesteads, the Phoenix mine site, and rock oven camps. Come on in and ask as many questions as you like at the Greenwood Museum. Pick up a copy of the map for the Phoenix Interpretive Forest bike or driving route and go on an adventure.

Greenwood was almost a ghost town by the 1940s. Then WWII broke out. It became Canada’s first Internment camp, and 1,200 Japanese people were housed in the empty hotels and many vacant homes here. In 1946 the Japanese were allowed to leave to Ontario, Quebec and Japan. In 1949 they were allowed to return to the west coast. Some of them stayed here, and they and their descendants now call Greenwood home.

Today, Greenwood is steeped in the enduring culture of the detainees. The Greenwood Museum has an entire gallery dedicated to them with interpretive displays and archival photography.

Be sure to take a self-guided Heritage Walking Tour through the downtown core. Greenwood has a striking collection of heritage buildings dating back to the late 19th century. Ask at the museum about a guided tour of the courthouse at city hall. This beautiful wooden structure was built for the BC Supreme Court in 1903.

Greenwood became an incorporated city in 1897. The population by 1899 was over 3,000. Once proclaimed a city, it can never lose its designation, even if the population decreases. That is why today, with a population around 700, it holds the title of Canada’s smallest city.

It’s also known for the best tap water in the entire world. In 2012, the mayor sent a sample of Greenwood’s tap water to Berkley Springs International Water Tasting annual competition in West Virginia. It came in first place and gave Greenwood the title of having the Best Municipal Water in the World with a score of 40 out of 44. The untreated water comes from underground aquifers.

Greenwood is known for its hospitality. Come and sit a spell at Deadwood Junction and chat with the locals. Deadwood is a combination coffee shop, antique store, and local artisan work for sale. The Copper Eagle, in the 1899 building in downtown Greenwood, has an in-house bakery. They have a beautiful outdoor patio as well.

Ask around and find out where the best spots are for a hike, a bike ride, or an interesting drive. Make friends with a stranger and have them take your photo in front of an historic building. When you get hungry, stop in at one of our many other eateries.

Celebrate, Greenwood-style where the community comes together with visitors to honour our heritage and our hardiness. We embrace a community spirit that runs deep in our city. Equal parts frivolity and fun, you can count on family-focused entertainment as colourful as the characters who call Greenwood home.

The Founder’s Day Festival is held the second weekend in July and celebrates the birthday and the rich history of Canada’s smallest city. This event kicks off with a parade and other activities at Lion’s Park.

Check with the Visitors Centre to see what’s happening in or around Greenwood during your visit.

Like other Boundary Country communities, Greenwood is a hub for year-round outdoor adventure, winter and summer. Get your lay of the land, start with an easy hike up Jubilee Mountain for fabled views of the valley and Greenwood below. Unpack a picnic and drink it all in while planning your next adventure. Whether you bike, hike, ski, or fish, you’ll find plenty of ways to play in our great outdoors.

In summer, you can bike or hike the Trans Canada Trail east or west, depending on how far you want to travel. It’s a mostly uphill climb from Greenwood to Eholt, a once booming railway town, now long returned to the land. Ride or hike west toward Midway, and you’ll pass the giant, black slag heaps and the remains of the smelter before encountering mostly flat terrain, hugging the Crowsnest Highway much of the way. Your reward for riding or hiking past Midway is a refreshing dip in any of the Kettle River swimming holes and a serene campsite to rest up for the night at the Kettle River Recreation Area.

Winter is a great time to get outdoors and explore the wonder of Boundary Country. From skiing the mountains to cross-country skiing at Marshall Lakes Ski Trails and the Trans Canada Trail. In winter, take to the slopes at Phoenix Mountain, between Greenwood and Grand Forks. You’ll never wait in a long lift line. Shush your way down wide-open runs, or tuck into shady glades on nineteen blue, black or green runs featuring various terrain. Swap out your skis for your board, and take on the terrain park for freestylin’ fun. There’s also snowshoeing and cross-country skiing in and around Phoenix Mountain.

There are several Provincial Parks in Boundary Country, two of then near Greenwood. Come out and explore for the day, or camp overnight.

Located just outside of Greenwood, Boundary Creek Provincial Park is a tranquil rest stop along the Crowsnest Highway near Greenwood. Camp in the shadow of an abandoned copper mine. Scramble a slagheap, snapping a selfie atop of Hell’s bells. Stop for a picnic on your KVR ride, or drop in a line, fishing the Kettle River for rainbow and brook trout. There are 17 vehicle accessible campsites here.

Paddle your kayak on pristine Jewel Lake. Located 15 km (9 mi) outside of town, Jewel Lake Provincial Park is a great place to enjoy the sounds of nature. Because this lake has a 10 hp motor limit, you can paddle or fish in the quiet all summer long. Take in a deep breath of fresh BC wilderness air. Douglas fir and larch trees shade you as they stretch down to sandy shores.

There’s great beachside trails, fishing, and swimming in the warmer months. In the winter, try your hand at ice fishing or enjoy cross-country skiing and snowshoeing the park’s forested trails.

Pick the season, sand or snow, and get tranquil at Jewel Lake Provincial Park. There are 26 vehicle accessible campsites in the park. 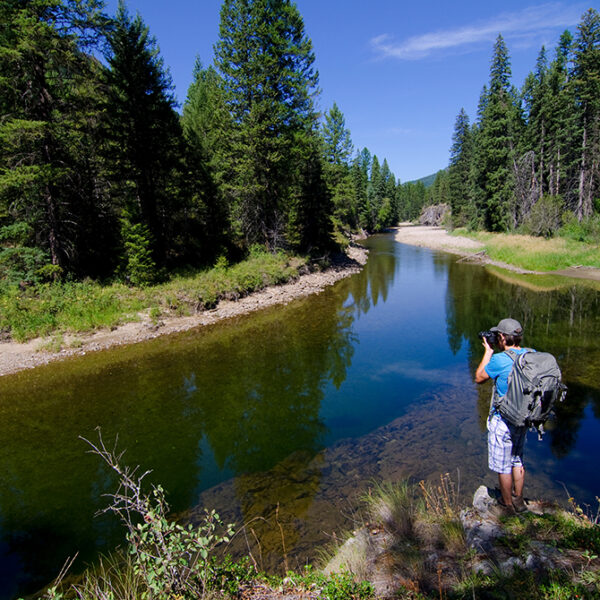 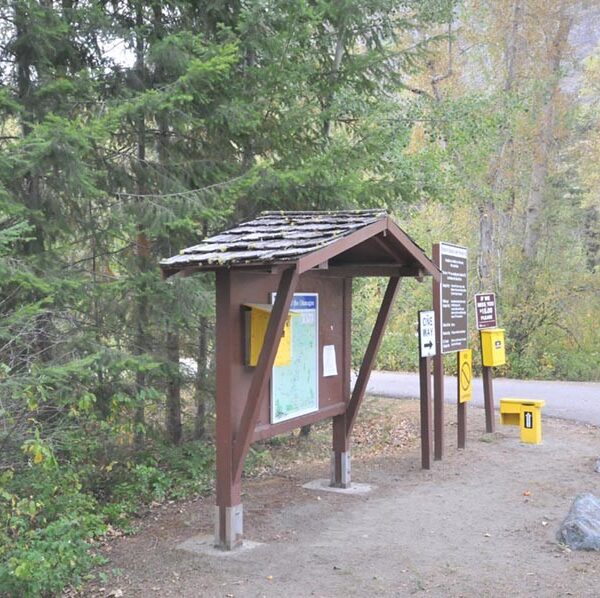 Boundary Creek Provincial Park
Hwy 3, 4 km west of Greenwood, BC V0H 1J0, Canada
·
1-800-689-9025
·
Email
·
Website
·
Boundary Creek is a small, convenient highway-side campground located minutes from Greenwood.  It is ideal for campers looking to stop overnight or as a base camp for those lookin […]
﻿Read More
﻿ 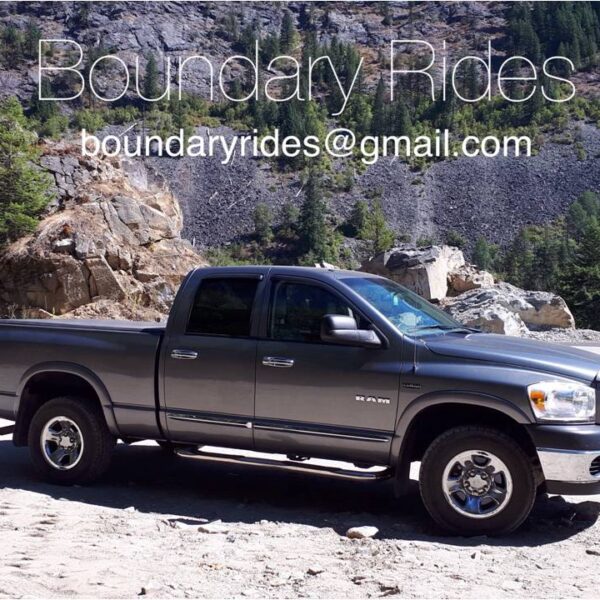 Boundary Rides
Rock Creek, BC, Canada
·
250-328-2313
·
Email
·
Bike Shuttle Services Can accommodate up to 4 passengers, 4 bikes and gear Pick up and drop off from Osoyoos to Grand Forks Tuesday to Saturday
﻿Read More
﻿ 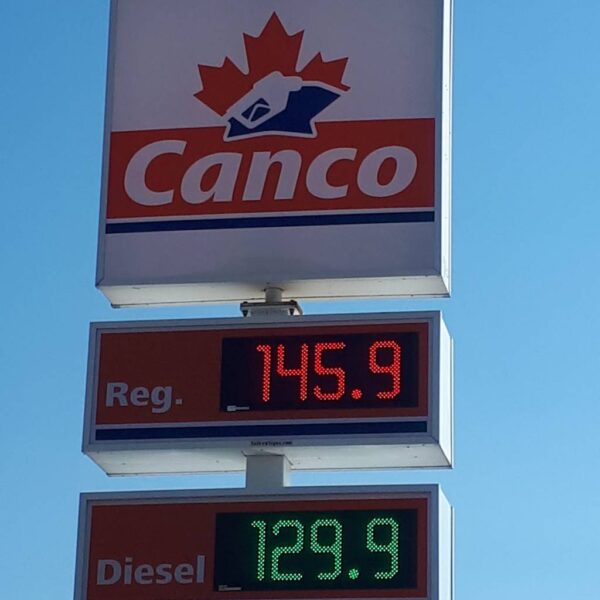 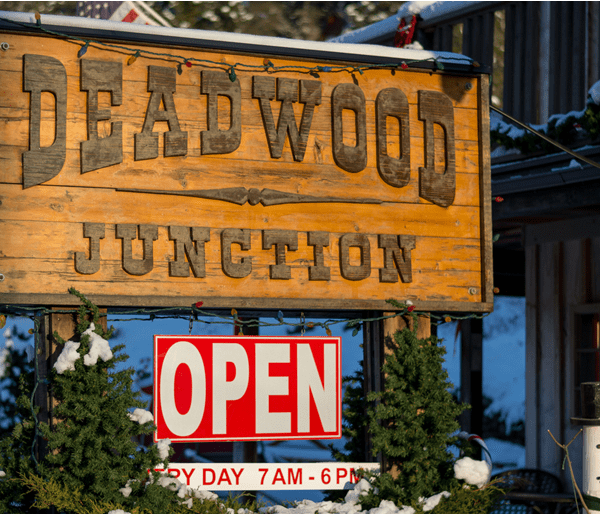 Deadwood Junction
502 Silver Street, Greenwood BC V0H 1J0
·
250-445-2255
·
Email
·
Website
·
Even though they are the new kid on the block, Deadwood Junction is quickly becoming a stand-alone destination along scenic Highway #3. Strategically situated on one of the top ra […]
﻿Read More
﻿ 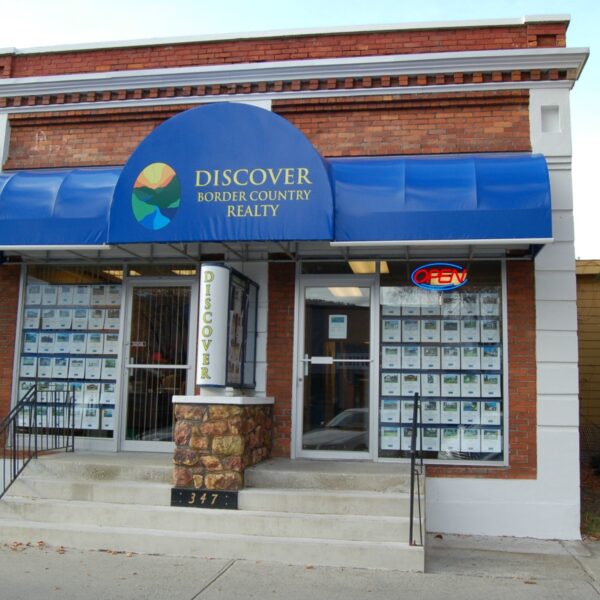 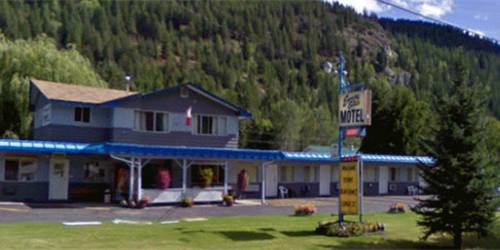 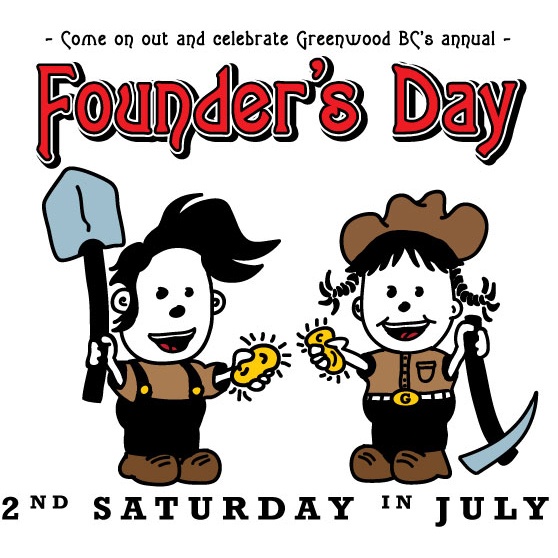 Founder's Day in Greenwood BC
Greenwood BC
·
250-445-6133
·
Email
·
Website
·
Founder's Day is the annual celebration of Canada's smallest city, Greenwood, BC. Incorporated July 12th 1897, the city has the smallest population of any Canadian City. Celebrati […]
﻿Read More
﻿ 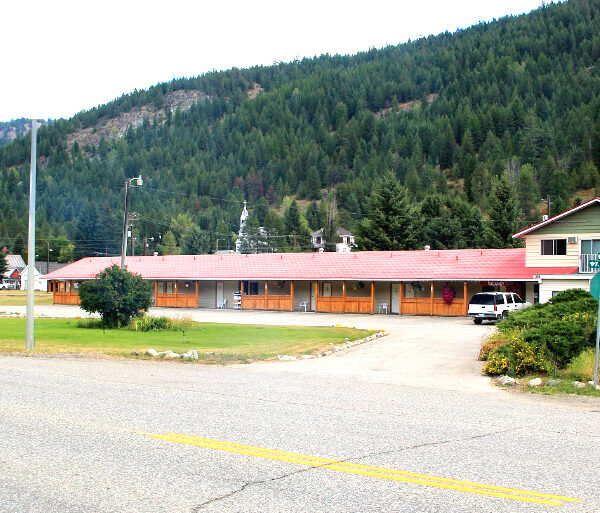 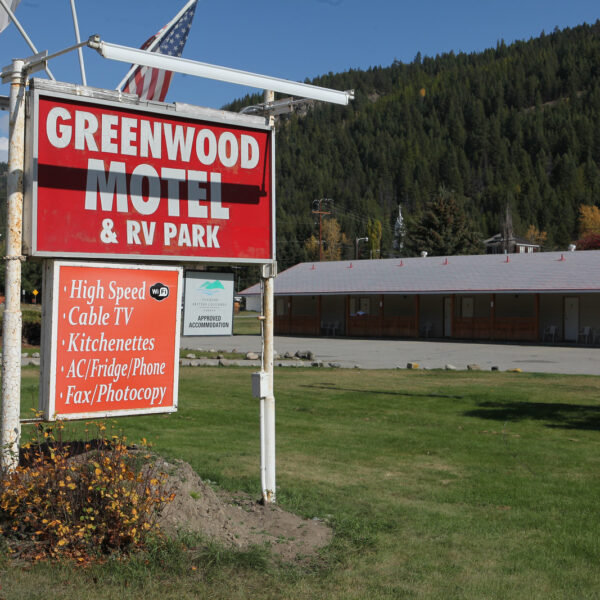 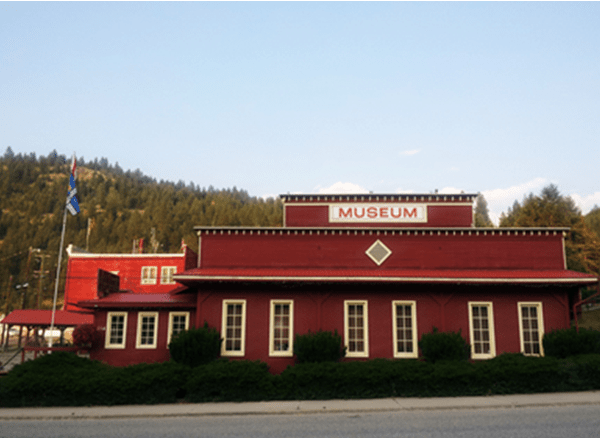 Greenwood Museum
214 South Copper Avenue, Greenwood BC V0H 1J0
·
250-445-6355
·
Email
·
Website
·
This museum should be your first stop when visiting Boundary Country! Here you can get out and stretch your legs, learn about history, obtain up to date B.C. travel information, a […]
﻿Read More
﻿

Greenwood Outdoor Pool
213 South Government Street, Greenwood BC V0H 1J0
·
250-445-2211
·
Email
·
This is swimming the way it used to be: outside and full of sunshine and laughter! The Greenwood outdoor pool opens for a few short months in the summer but it's just enough to en […]
﻿Read More
﻿ 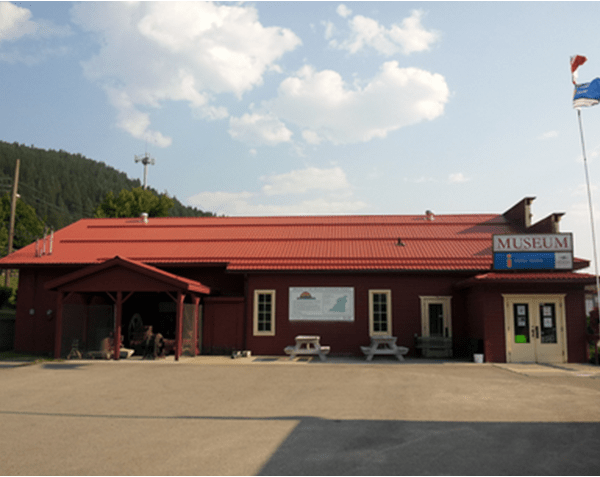 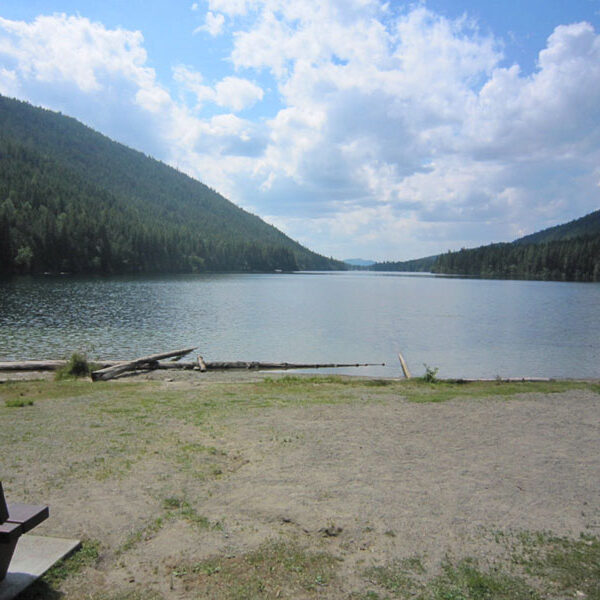 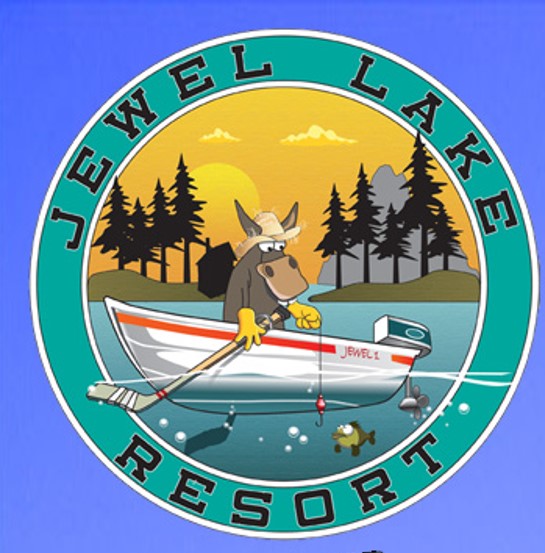 Jewel Lake Resort
200 Jewel Ave, Greenwood, BC V0H 1J0, Canada
·
250-445-6500
·
Website
·
Whether you choose a cabin or tent you will love the rich possibilities of recreational enjoyment at Jewel Lake. A fisherman's dream, this lake boasts a record for the largest Ger […]
﻿Read More
﻿ 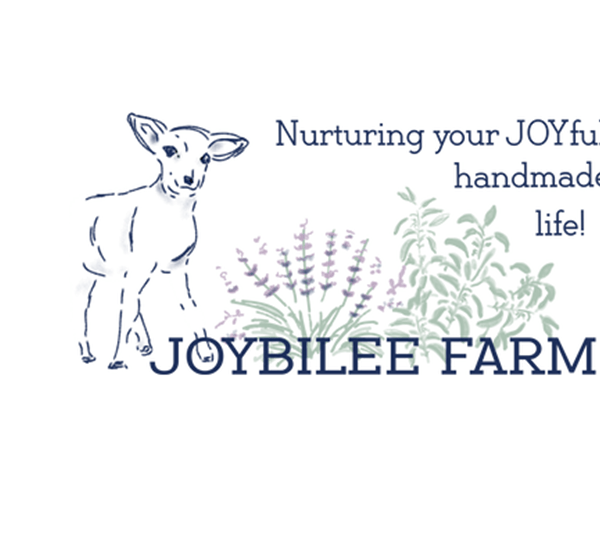 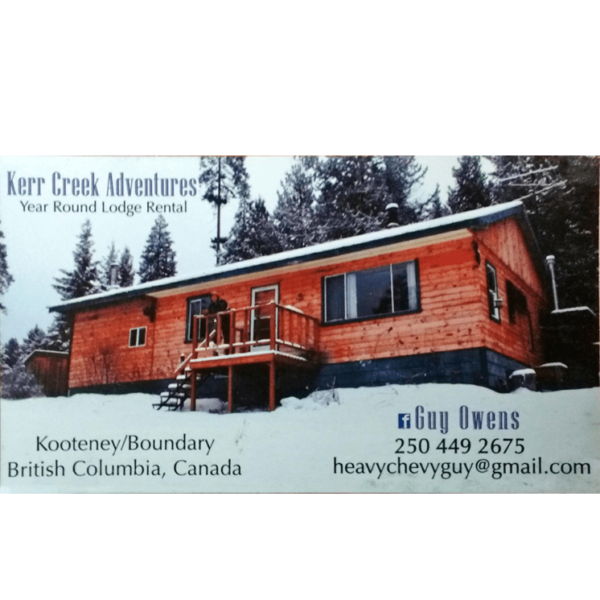 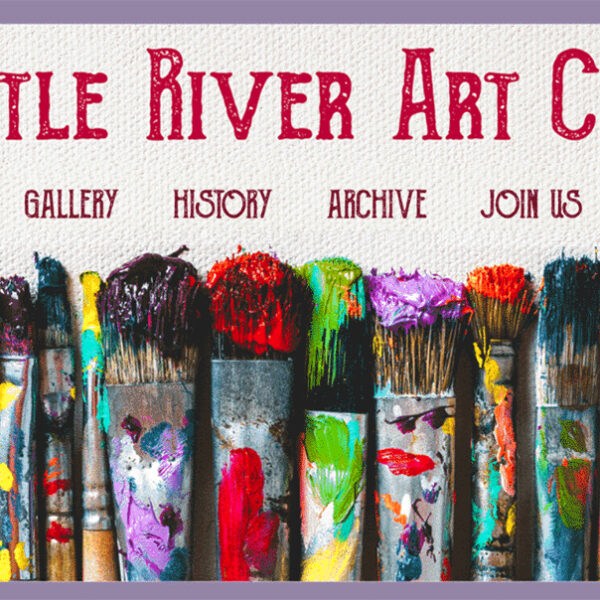